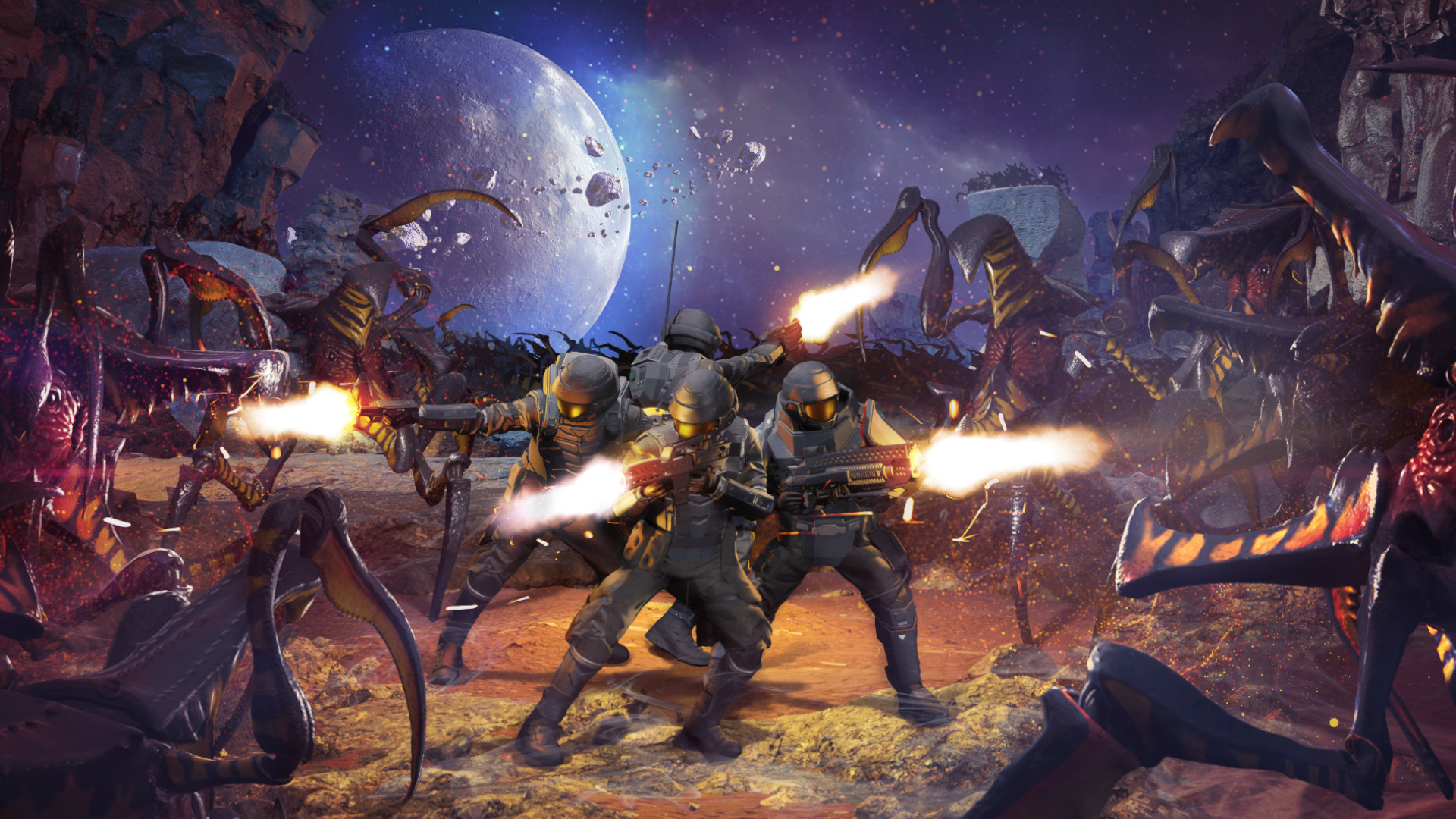 Starship Troopers: Extermination is a co-op FPS that puts you on the far-off front lines of an all-out battle against the Bugs! Squad up, grab your rifle, and do your part as an elite Deep Space Vanguard Trooper set to take back planets claimed by the Arachnid threat!

Starship Troopers: Extermination drops up to 12 players right into the fight against the Bug menace in this co-op first person shooter. Suit up and ship out to a far-off front as a Trooper in the Deep Space Vanguard, an elite Special Forces group within the Mobile Infantry. It’s up to squads like yours to battle against hundreds of bloodthirsty insectoid aliens and take back fallen colonies for the Federation. The only good Bug is a dead Bug!

No Trooper stands alone. As soon as the dropship hits dirt, your trusty Morita Assault Rifle and fellow Deep Space Vanguard Troopers are all that will keep you alive while exploring the hostile surface of the planet Valaka. Work together to complete objectives, acquire resources, build and defend a base, and then escape to the extraction point together.