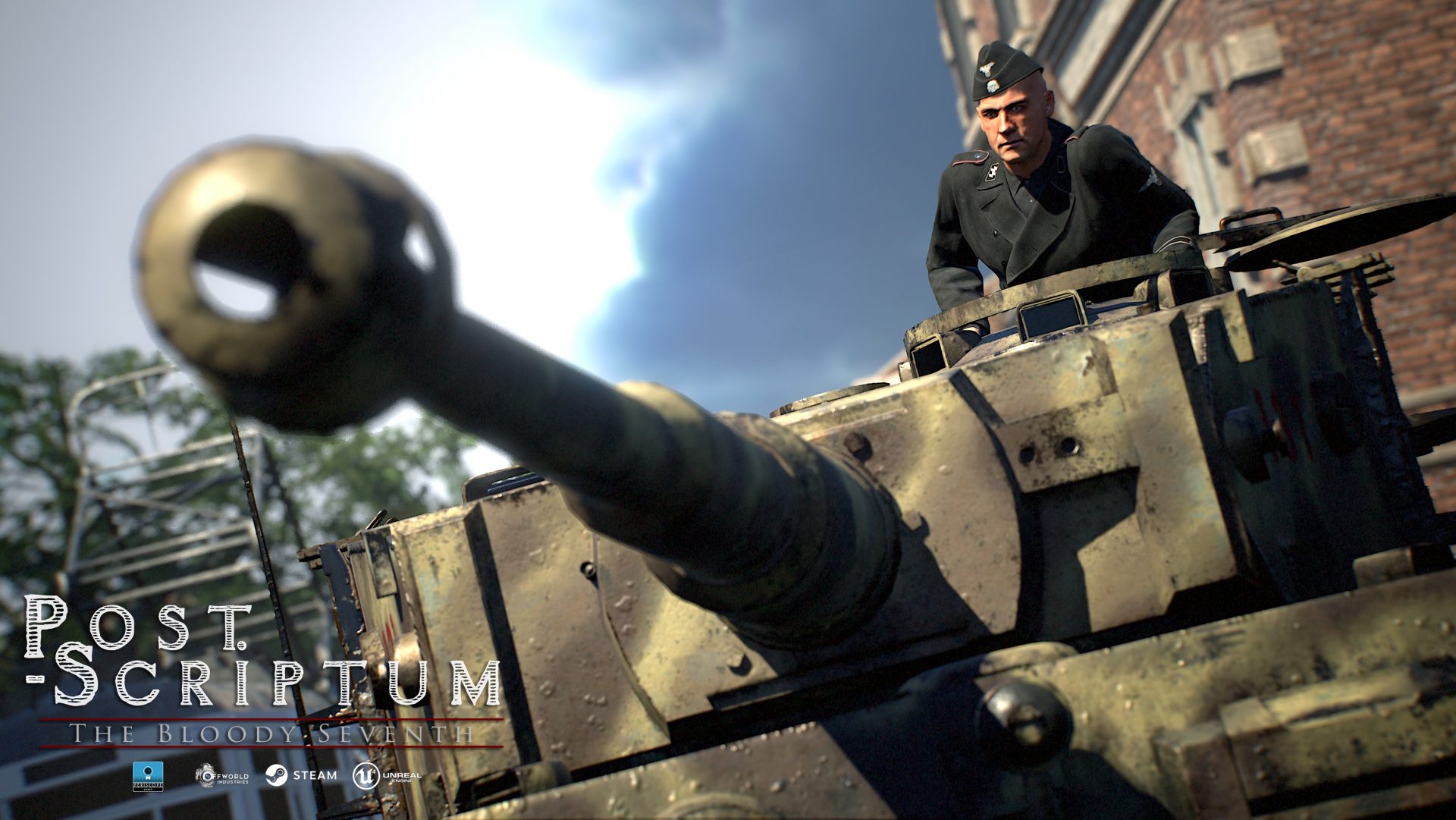 Players will be given the option to fight with the British Airborne Division, British XXX Corps, US 101st / 82nd Airborne Division or several branches of the German Army, such as the Wehrmacht or the Waffen SS. It’s a rare opportunity to experience the intense battlefield that was the Battle of Arnhem, which stretched across farms, woods, villages and city areas. Each area is being accurately recreated from archival references that range from street level to aerial images. Whether you’re jumping out of a plane, resupplying friendlies or operating a tank you will find multiple reasons to drop back into the battlefield in this grand scaled representation of a WW2 setting never explored in a large multiplayer environment.

With a Commander, Sections and objectives, Post Scriptum is realism focused. Choose your role be it a Medic, Tank Crew or Machine-Gunner to help take vital objectives.

Post Scriptum offers a full fledged combined-arms experience in a authentic and realistic setting. With this comes the need to work together to take control points and various objectives. You can decide whether you will be in a Infantry, Armoured or Logistic Section, each with their own set of roles and responsibilities. Using in-game voice communications and waypoints, sections can work together to co-ordinate from where to place fortifications, to what sector to attack.

A bridge too far

‘The Bloody Seventh’ is our name for the initial focus of the project as we feel it succinctly details the struggle that the British paratroopers had to endure while waiting for their army counterpart to establish a link through the Lower Rhine.